I'm dreaming of a french meadow 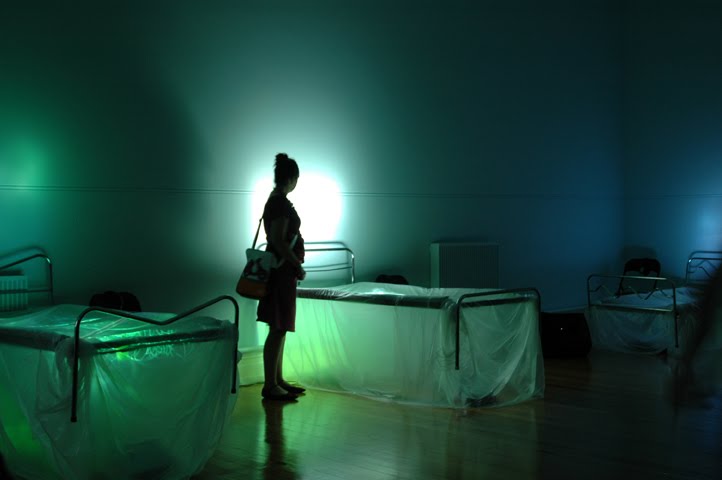 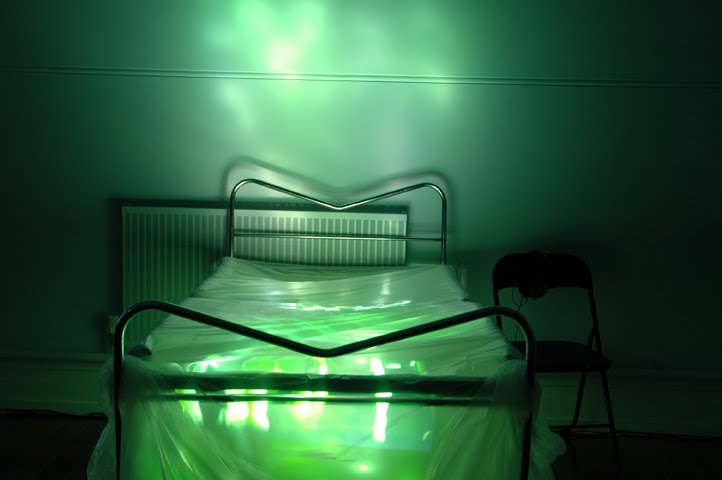 At the Abbotsford Convent there’s a place called the French Meadow where plants run free. From the Convent dormitories where girls once slept in disciplined rows between the strict folds of white cotton sheets, you catch glimpses of the French Meadow. It’s a tempting, gay abandon in this place of precise sleep patterns. In I’m Dreaming of a French Meadow, Jude Anderson in collaboration with photomedia artist Tara Gilbee invites you to a field of reverie; a dormitory now filled with secret gardens where the field recordings of sound artist Jacques Soddell and those of French sound artist Cedric Peyronnet float from each bed and weave through the shifting sleep patterns of an imagined cosmos. A waft of the wild in the girls’ dorm. 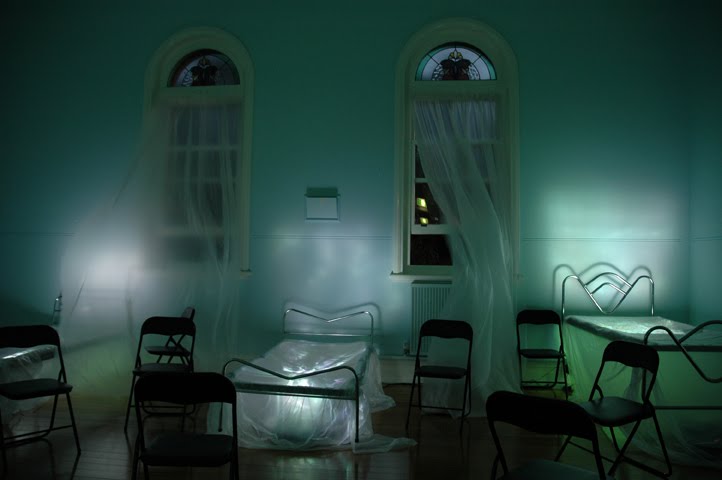 
I’m Dreaming of a French Meadow combines an installation with a live performance that brings Peyronnet and Soddell together for a combined field recordings concert.

The installation draws inspiration from the French notion of ‘le jardin secret’ - an undisclosed place of desire or escape, along with the garden beds and secrets of the Abbotsford Convent, and the garden beds tended by the immigrant and refugee gardeners of the Atherton Community Gardens. 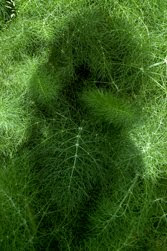 In-Habit In Situ: Instant Actions
In October 2008 an open invitation went out to over 3,000 artists (via the Melbourne International Arts Festival Card Holder scheme, Regional Arts Victoria and the City of Yarra). The invitation was to attend a tour of the Abbotsford Convent, particularly to buildings that, at the time, were in a state of ‘pre-renovation’ and/or not open to the general public.

After the tours, each artist was invited to return to the Convent during 2009 and undertake an ‘Instant Action’. This could take whatever form the artist chose and would extend for approximately 15 minutes. We asked each artist to document their Instant Action. The documentation is being presented as part of the In-Habit In Situ exhibition at c3 Gallery from 3rd – 21st February 2010.

Punctum associated artists have also contributed to the Instant Action documentation and exhibition. 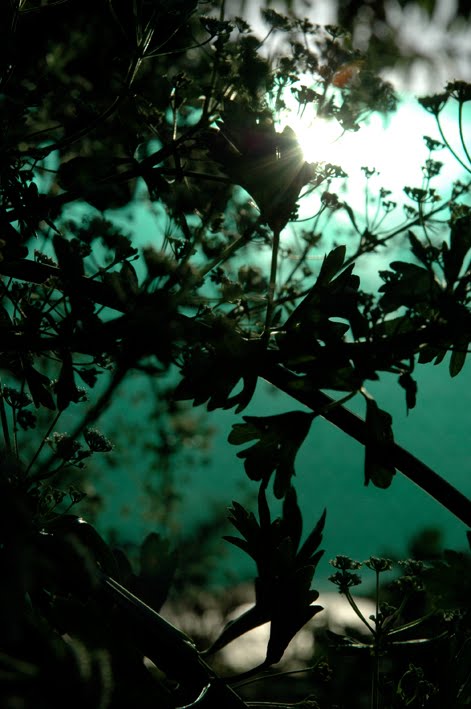 For more in depth information on this extensive research residency into cultural exchange please visit:

Links to other works, reviews and archives

Past Exhibitions and Collaborations